The Downingtown Fire Dept. was dispatched to 98 separate incidents and responded to approximately 160 calls for assistance during the remnants of Hurricane Ida, that hit central Chester County hard over a day and a half.

The rain started falling over our area at 2:00 PM and around 4:15 PM the extreme heavy started and continued for several hours.  The first call was dispatched just after 4:45 PM for a water rescue at Green St. and Jefferson Ave.  The next call occurred at 5:00 PM on N. Lloyd Ave. near the Beaver Creek Bridge for another vehicle stuck in high, swift water from the Beaver Creek.

The volunteers of the Downingtown Fire Dept. Water Rescue Team split into two crews before the historic storm started, with the Alert Fire Co. No. 1 handling incidents in the West Ward and the Minquas Fire Co. No. 2 handling the incidents in East Ward of the Borough and East Caln Twp.

The DFD Water Rescue Team responded nonstop throughout the evening and overnight, to dispatched and non-dispatched rescue calls from people and families that were stranded inside and on top of cars and trucks, people in trees after their cars were swept off of the roadway, in addition to people that wanted to be rescued from their homes and businesses.

During this historic 10″ of rain and  the Beaver Creek, Parke Run and Brandywine Creek eventually flooding at 19.1′ in Downingtown, Tower 45 was dispatched to assist the Coatesville Bureau of Fire with water rescues on Olive St.  And, Engine 45 with Ladder 49 (East Brandywine Fire Co.) responded to Anthony’s Restaurant on W. Lancaster Ave. for a building fire.  The fire was related to flooding inside of the basement of the building.  While at Anthony’s, the fire crews conducted a water rescue of people in the rear parking lot, from the tip of the aerial of Ladder 49.

In addition to the water rescues and building fire, the DFD volunteers responded to several gas leaks, electrical incidents, odor investigations and other storm related calls with Engine 45 in the west and Engine 46-2 in the east.  These calls continued until approximately 10:00 AM on Thursday, Sep. 2, 2021.

During the storm, the DFD received mutual aid from the following agencies:

Some of the photos are courtesy of the Downingtown Community Facebook Page. 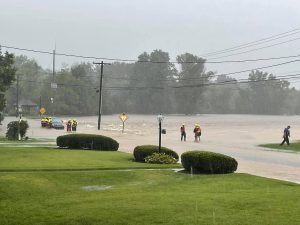 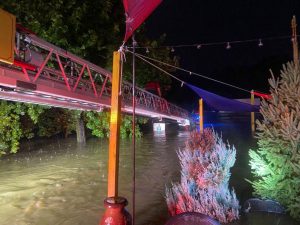 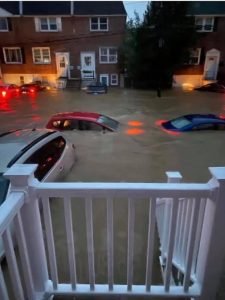 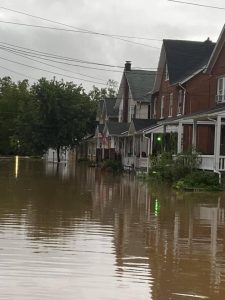 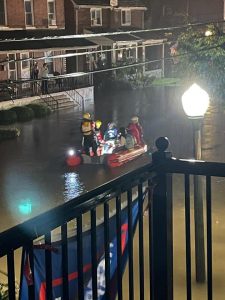 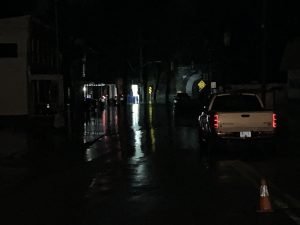 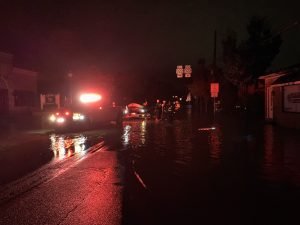 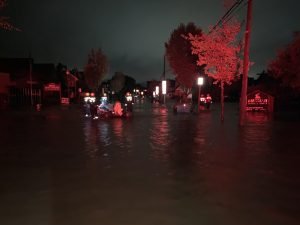 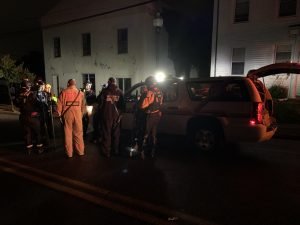 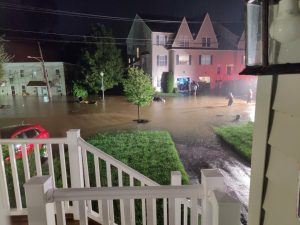 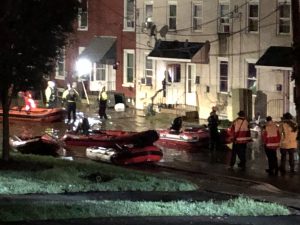 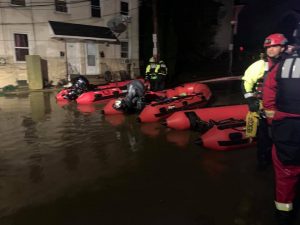 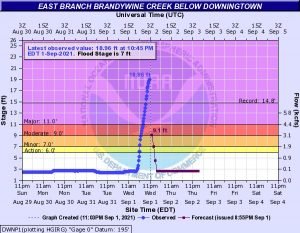 At 4:22 AM, today, Engine 46-1 (Minquas Fire Company No. 2) was dispatched with the Working Fire Dispatch to assist Station 39 (West Bradford Fire Company) at this structure fire.

At 4:30 AM, Engine 45 was added to the assignment on the Second Alarm. The Engine 45 crew assisted with water supply. ... See MoreSee Less

Since September 1st., when our town received major flooding during Hurricane Ida and the 20th. Anniversary of 9/11, we have been receiving donations of food, plus cards and letters of encouragement at our firehouse.

We would like to give special thanks to the people from our neighborhood, the 5th. Grade Class of the West Bradford Elementary School, Lionville Middle School of the Downingtown Area School District and Victory Baptist Church of Chester Springs. Your donations and cards of encouragement inspire our volunteers to continue to serve our Good Neighbor Community. Thank you very much.
#alertfireco45 #downingtownpa #Downingtown #downingtownstrong #dtownstrong #helpfightfire #voluntertoday ... See MoreSee Less