At 4:30 AM, Engine 45 (Capt. McCarraher) was dispatched to assisted Station 38 (Thorndale Fire Co.) at a working, middle of the row, house fire on Andrew Circle, in Caln Twp.  Tower 45 (Past Chief Nelms) was added to the assignment on the second alarm.
At arrival to the scene, the volunteers from Engine 45 were assigned to pull ceilings on the third floor while a crew from Engine 39-1 (West Bradford Fire Co.) advanced an attack line into the right side exposure.  During this time, Engine 45 laid 1500′ of 5″ supply hose for a secondary fire hydrant, to supply Ladder 6 (West Whiteland Fire Co.).
After all of the crews were pulled out of the homes so that a ladder pipe could be operated, the Engine 45 crew entered into the main fire building to pull the walls and ceilings for to start an extensive overhaul operation.  The crew from Tower 45 also assisted with the overhaul operation.
Thank you https://www.facebook.com/irisheyezphotog for the photos.
https://www.youtube.com/watch?v=izmFJMxUHv4 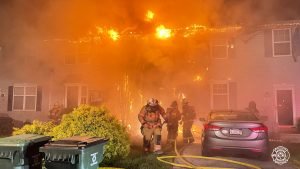 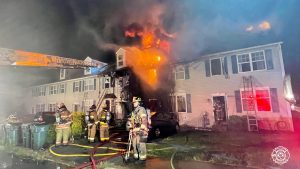 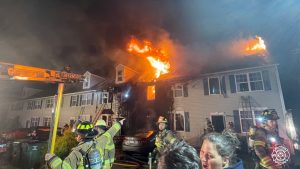 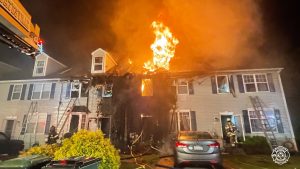 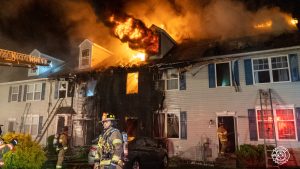 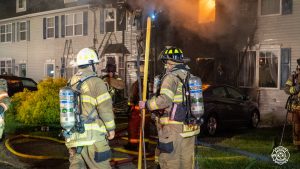 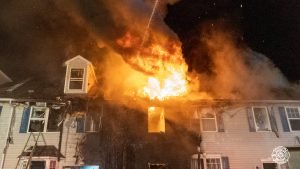 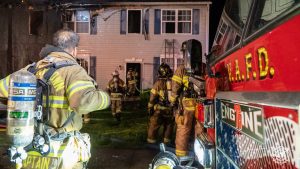 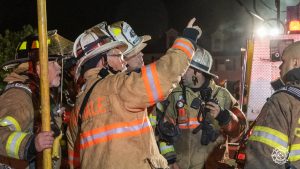 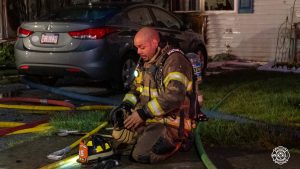 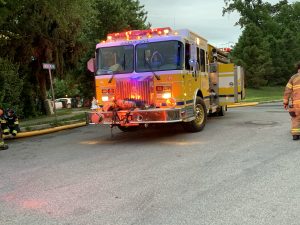 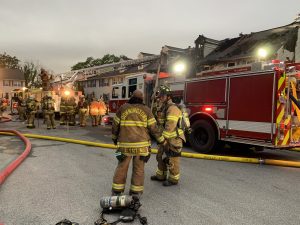 PSA - Special weather announcement: The risk is high that there will be severe thunderstorms tonight starting at approximately 10:00 PM. ... See MoreSee Less

Just had a clap of thunder out of nowhere! Sounded like a bomb went off!

Thanks for the heads-up!

The members and officers of the Alert Fire Co. No. 1 wishes you and your family a Safe and Happy Flag Day! ... See MoreSee Less

Here are a few more photos of the Downingtown Fire Dept. Water Rescue Team in action during the flash flooding of June 8, 2021.

In the first photo, approximately 25 minutes later, the entire parking lot was under water and Lloyd Ave. was a raging river! ... See MoreSee Less