The members and officers of the Alert Fire Co. No. 1 would like to say thank you to all of our veterans who have served our country, so that we may enjoy our freedoms and security of the greatest nation on earth. God bless all of you and God Bless America.

Today, on this 101st. Anniversary of Armistice Day we would like to honor the seven members of our company, who served our great nation during the Civil War.

Armistice Day is commemorated every year on November 11 to mark the armistice signed between the Allies of World War I and Germany, for the cessation of hostilities on the Western Front of WWI.  This event took effect at eleven o’clock in the morning—the “eleventh hour of the eleventh day of the eleventh month” of 1918.  The armistice initially expired after a period of 36 days.  A formal peace agreement was only reached when the Treaty of Versailles was signed the following year.

This year we would like to honor the seven members of the Alert Fire Co. No. 1, who served our great nation during the Civil War.  Below, is the list of those Alert Heroes: 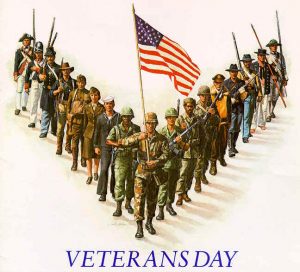 Please use caution in the areas of Rt. 113 north of the Rt. 30 Bypass and in the Woodmont area of East Caln Twp., due storm damage and electric wires being down. Our DFD Fire Police and volunteers are operating at these locations. ... See MoreSee Less

TBT - 10 Years ago, on July 10, 2010, the Alerts participated in the Temple Fire Company Parade and Housing of their new Rescue 11. The Alert volunteers were honored to receive three awards for all of the hard work preparing the apparatus for the parade. And, to survive a ride on "The Zipper"! ... See MoreSee Less

Wow, that was really one of the best times for the guys,,,,plus we took home a lot of metal.