The members and officers of the Alert Fire Co. No. 1 would like to say thank you to all of our veterans who have served our country, so that we may enjoy our freedoms and security of the greatest nation on earth.  God bless all of you and God Bless America.

Last year we saluted seven of our fire company members who served in our Armed Forces during the Civil War.

Today, on this 75th. Anniversary of the end of World War II we would like to honor the 84 members of our company, who served our great nation during World War II.

Armistice Day is commemorated every year on November 11 to mark the armistice signed between the Allies of World War I and Germany, for the cessation of hostilities on the Western Front of WWI.  This event took effect at eleven o’clock in the morning—the “eleventh hour of the eleventh day of the eleventh month” of 1918.  The armistice initially expired after a period of 36 days.  A formal peace agreement was only reached when the Treaty of Versailles was signed the following year.  In 1954, Armistice Day was renamed Veterans Day to honor all veterans of all wars and conflicts.

This year we would like to honor the 84 members of the Alert Fire Co. No. 1, who served our great nation during World War II.  Below, is the list of those Alert Heroes: 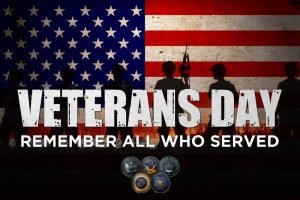 The golf outing is "only" 3 weeks from today - on Monday, May 3, 2021. Have you registered your foursome yet? If you have not registered your foursome yet, you will not have a chance to win this Hole-In-One Prize of a new car from Jeff D'Ambrosio Auto Group Downingtown. Please register now, so you have a chance to win a new car!

The outing will take place again at the Downingtown Country Club and Seven Tap-Tavern, Ron Jaworski Golf. So, mark your calendars and register today, for the May 3rd. golf outing.

Alert Fire Company 7th Annual Golf Outing.  Print  Email Since 1887 the members of the Alert Fire Company No. 1 have provided volunteer fire protection and emergency services to the residents and bu...
View on Facebook
·Share

The DFD units just cleared this auto accident and the intersection is back to normal.Crews are on the scene of a two vehicle accident blocking traffic at Quarry Road and Route 30 Bypass. Please avoid the area if possible ... See MoreSee Less

This evening, for our weekly training, the Downingtown Fire Dept. volunteers took part in the second segment of vehicle rescue.

There were three stations for the teams to learn and practice their skills stabilizing using cribbing, the Paratech Fire & Rescue Equipment struts and the HURST Jaws of Life system. ... See MoreSee Less